IMTS is the biggest manufacturing trade show in the US. This year’s show had over 2,000 exhibitors, about 1.3 million square feet of exhibits, and over 114,000 visitors. When I registered for the show on July 10th I expressed interest in a wide variety of technologies, all of which gets recorded in management’s MTInsight database, which they share with exhibitors. I also added about 50 exhibitors to the MyShowPlanner on IMTS.com. I was afraid I’d be slammed with e-mails, but figured I could opt out if it got out of hand. Instead, I heard almost NOTHING for WEEKS.

As the graph shows, after weeks of near silence I got 26 e-mails from exhibitors two weeks before the show and 49 during the week preceding the show. (At one point they were coming in every few minutes). I also got 28 during the show.

There are several possibilities for why I got fewer e-mails than expected, including the fact that I didn’t claim to be a buyer. But I did get 122 e-mails from a wide variety of exhibitors. Why did so many of them wait so long to reach out? By the end of August my plan was set and I didn’t have time to look at the e-mails streaming in. As it turned out, I met with only TWO exhibitors who weren’t on my plan. Is that unusual?

It’s also interesting to note that most exhibitors sent me only ONE e-mail. Even weirder: Almost none of the exhibitors added to MyShowPlanner sent anything: No acknowledgement. No attempt to tie down specifics. Not even their boilerplate marketing stuff.

The quality of the e-mails I got was also disappointing. VERY few exhibitors gave me an intriguing reason to visit and you’d probably be surprised at who they were.

So what’s going on? Does everyone now make decisions at the last minute? Did exhibitors rely on their in-house databases and ignore the show registration data? Did they de-emphasize e-mail in favor of newer social media outlets?

The show was a huge success. Everyone I spoke with had more visitors and good leads then they’d seen in YEARS. Yet I can’t help but think that too many exhibitors lost an opportunity to stand out from the crowd. Let me know what you think. 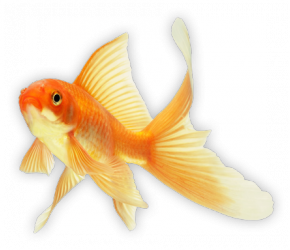